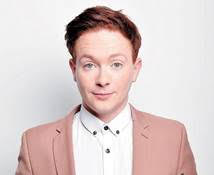 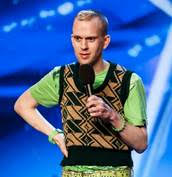 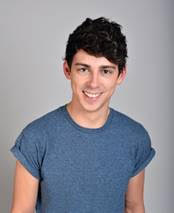 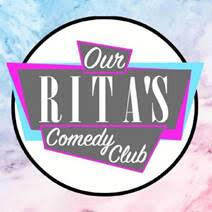 Some of the best names in live stand-up take to the stage at The Epstein Theatre this September when the hilarious Our RITA’s Comedy Festival Gala comes to the venue on Sunday 16 September.
Forming part of this year’s Liverpool Comedy Festival, the show promises a fantastic evening of entertainment, with an amazing star-studded line-up which includes a headline performance from Xtra Factor presenter Matt Richardson.
Broadcaster and all round funny man Matt Richardson presented the 2013 series of The Xtra Factor with Caroline Flack and has also appeared as a guest on Celebrity Juice and Comedy Central’s Drunk History. In 2016 he became the drive time presenter on DAB radio station Virgin Radio UK.
The full line-up also includes sets from support acts Stephen Bailey; Robert White; Mrs Barbara Nice; and Lindsey Santoro.
Guilty pleasure Stephen Bailey is one of the UK’s most sought-after comedy acts thanks to his friendly and open brand of gossipy humour. He brings his sassy style to The Epstein fresh from his recent five-star, critically acclaimed headline tour Can’t Think Straight.
Since first joining the comedy stand-up scene Robert White has gone from strength to strength – a finalist in the prestigious Hackney Empire competition in 2016, winning the Malcom Hardee Award at Edinburgh Fringe, and most recently entertaining the nation on ITV’s Britain’s Got Talentfinishing as 2018’s runner-up!
Meet housewife extraordinaire, comedy character Barbara Nice. She has given up domestic bliss of Tupperware and Poundstretcher shops for the comedy circuit! Comedian Janice Connolly has taken her character Barbara Nice across the UK including solo shows at Edinburgh Fringe, and recorded 4 episodes for a BBC Radio 2 Comedy Showcase series in 2017.
A regular on the comedy circuit since 2014, BBC New Comedy Award semi-finalist Lindsey Santoro and her madcap comedy stylings completes the line-up.
Keeping the audience on their toes, the host for the evening will be MC Lou Conran who has previously supported Sarah Millican on her recent tour.
Jack Ryan, Managing Director of Our RITA’s said: We are delighted to be back at The Epstein Theatre this September with our latest dose of stand-up comedy gold, as part of Liverpool Comedy Festival. We have got an incredible night planned for Liverpool audiences in what is possibly our strongest line-up to date!”
Be sure to get down to Our RITA’s at The Epstein Theatre for a night guaranteed to make audiences roll in the aisles!
The line-up may be subject to change.
LISTING INFORMATION
Our RITA’s Comedy Festival Gala
Date: Sunday 16 September
Time: 8pm
Tickets: £17.50

*Subject to booking fee. All prices include a £1 per ticket venue restoration levy