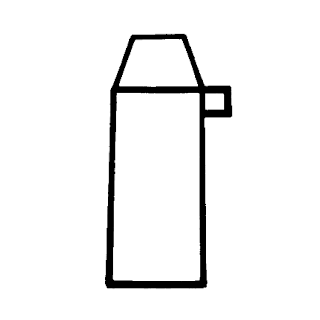 This was certainly one of the most bizarre and surreal experience of my life. The Thermos Museum is just that (or is it?). Scattered around the pub, mostly in the garden and snug areas - but elsewhere too - are carefully placed Thermos flasks, and the performance part of the show is that Neil Davidson, our curator / guide / owner takes you on a tour of his museum.

Dressed in a bright and creased yellow shirt with a glaring purple tie, continually smoking a fake cigarette, you instantly know that this is not your usual guided tour. The flasks are all jaded, used, battered - some picked off the street and one was, according to Davidson, even stolen from a book shop in Edinburgh. ("a victimless crime").  And as we take the tour he talks with mock pride about his collection.

Thermos as a company are still in existence, but only just. Like many other companies theses days they are facing fierce competition from alternative lifestyles, and a change in the way we are spending our leisure time. That is probably the only truth to come from Davidson's mouth the entire tour. Everything else is more or less made up on the spot. Like being shown the oldest Thermos flask extant, and when turning the flask over clearly seeing the date 22.04.2002 printed on it.

There are a few 'installations' too within the tour. A tatty globe with metal sticks pointing out attached to flasks, a Garden Of Remembrance for flasks, but the funniest simply had to be a picnic table with a half-eaten sandwich and an upturned flask whilst water poured down onto it from above. It represented a Scottish picnic (well, it always rains in Scotland!).

Davidson's style is self-depreciating. He was continually apologising for the exhibits and the poor quality. "it isn't quite finished yet, but I just haven't had time to do it" and similar phrases continually punctuated his tour.

It is either highly clever and a brilliant metaphor for something, or it is a load of utter tosh. You decide.