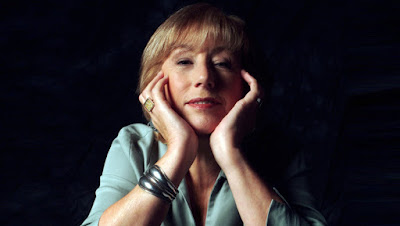 With a career spanning five decades, Norma Winstone has reached a point as a performer where she could simply take it easy and coast on her reputation as an accomplished jazz vocalist and improviser. Instead, her set at the Royal Northern College of Music which formed part of the Manchester Jazz Festival 2018, drew almost entirely on material culled from her latest album release, Descansado – Songs for Films. Backed by her regular collaborators, Klaus Gesing on saxophones and bass clarinet, and Glauco Venier on piano, the trio presented a programme of stripped back arrangements of music adapted from an international range of films. Joining the trio for many of the songs was Abel Selaocoe on cello, himself a recent graduate of the RNCM. The songs gave Winstone the chance to sing and engage in her wordless vocalisations which she has become famous for.

The set began, as does the Descansado album, with the song His Eyes, Her Eyes (originally from the 1968 version of The Thomas Crown Affair). Winstone’s vocals, which ranged from lower to higher tones, backed against the gentle piano of Venier and the soprano saxophone of Gesing, seemed to channel the vocal tones and moods heard within the early vocal performances of Chet Baker and Scott Walker. Selaocoe joined them for the second song of the night, What is a Youth? (taken from Franco Zafferilli’s film of Romeo and Juliet). His work on the cello was highly impressive and evocative as Gesing provided suitably mournful tones on the bass clarinet while Venier plucked piano strings to create a thudding beat while Winstone sang of how “A rose will bloom/It then will fade.” Selaocoe then provided percussion for a rendition of the title track of the Descansado album, which featured lyrics written by Winstone herself, by using the back of his cello to create a beat. Winstone herself began to drop in some light jazz scat singing during the song, clearly having warmed her voice up on the previous songs.

The following song, Amarcord (from the Fellini film of the same name) opened with a delicate intro on piano from Venier before Winstone gave what was her strongest vocal performance of the night up to that point. This was swiftly followed by Lisbon Story (from the Wim Wenders film of the same name) which boasted sterling work from Gesing on saxophone while Winstone went full-on with her jazz vocal improvising throughout the performance. The emotive singing on Malena brought drama back to the evening before the group diverted from material from the Descansado album but kept within the evening’s film theme by presenting a jazz deconstruction of the song Everybody’s Talkin’ from the film Midnight Cowboy. While it is impossible to separate Harry Nilsson’s vocals from that song, Winstone wisely played to her strengths while the instrumentalists stripped away the country-tinge of the original recording by slowing the tempo down and reconfiguring the song as a late-night torch song. At the end of the performance, the group segued into a piece written by Venier called Second Spring, where Winstone improvised some vocalisations.

The short but incredibly poignant performance of music from Jean-Luc Godard’s 1962 film Vivre Sa Vie, showcased Venier’s delicate piano playing and Winstone’s silky vocalisations before the group ventured into darker territory with a reworking of the theme by Bernard Hermmann for the film Taxi Driver. Winstone’s written lyrics to this song reflected the sense of oppressive urban gloom present in the film (the song, presumably, is from the perspective of Jodie Foster’s character, Iris). The group soon lightened the mood with a performance of The Gaelic Reels from Rob Roy was a melding of jazz and Celtic-folk which featured Gesing on one of the smallest flute’s ever seen – but despite its small size it still packed a tuneful punch. The following performance, of music from Il Postino featured a delightful vocal performance from Winstone and a fantastic performance from Selaocoe on the cello. There was also a poignant rendition of Touch Her Soft Lips and Part from the Lawrence Olivier film of Henry V, which Winstone sang beautifully on. The final song of the set was Meryton Townhall from the 2005 film version of Pride and Prejudice and again gave Winstone the chance to improvise some vocalisations. The group returned for an encore, The Titles, with music by Gesing and beautiful words by Winstone telling the story of a man who sits in a cinema waiting for the end credits to end before going back out into the real world. As a final piece to the night, it could not have been more fitting both in terms of performance and in keeping with the theme of the other songs in the set.

The performances were well-received and Winstone herself came across with a light touch of self-deprecating humour in between the songs and was ready to point out the considerable strengths of her collaborators. The evening was elegant and full of drama and passion.