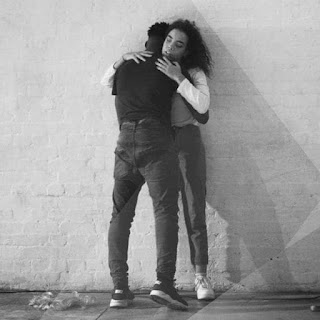 The Act is, we are told, about young love and sexual experience. Indeed one of the cast members, dressed in a gold-sequined ball-gown starts the show by warning us that the content is adult, hard-core, and will show and tell you all the things that they failed to teach you at school.

Sadly the show did in no way live up to this premise. Indeed, it was extremely tame, and would not have been out of place in a junior school story book!

Presented by Company Three in association with The Yard Theatre, there were 10 young performers who had helped to create and devise material for this show too. The strength of this show though lay not in the content of the show, nor indeed in the way in which it was presented; instead its strength was in the commitment and energy of those ten performers. What was obvious was that these youths were talented, dedicated, energetic and bursting with creativity. What was also obvious was that they were doing this within the wrong medium and with the wrong set of parameters.

In the hour-long presentation, the cast performed a series of vignettes all on the subject of love, first love, romance, sex etc - but all very lame and acceptable. There was nothing here that we hadn't seen before, nothing which required a X Cert, nothing that would make us feel ill, outraged, or disgusted about, which was what was indeed promised by the opening speech.

In fact the whole presentation felt very much like I was watching a Theatre School class exercise. 5 costume rails full of different costumes were used throughout as the cast moved the rails into different positions for each scene and used the costumes to put over their base clothing each time. Drama school games and breathing exercises were used continuously throughout; as if they were trying out something leaned in class in a practical way.

During this show, the cast also used a pre-asked 'volunteer' from the audience to help them in certain parts. I recognised this young man as part of the Royal Exchange's own Young Company, and at 14 he was probably the youngest audience member. Why he was needed, what exactly his role within the play was, and why they couldn't have done the show without him, I have no idea.

Sadly a rather disappointing production of latent talent, with no through narrative and disjointed and un-connecting scenelets.