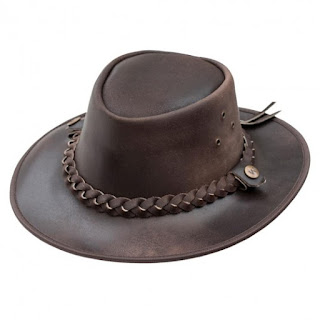 A show I was due to review had been cancelled, and so, very much a spur of the moment decision from me, and I ended up at The King's Arms in Salford to listen to Jonathan Brick's country music and raconteuring.

And again, in another strange twist of fate, there were only two other people booked to see this 6:00pm show, and neither turned up, and so, what actually happened was Brick and myself sitting in the venue together, chatting and me listening to some of his act, interspersed with other more personal anecdotes and asides, since I was continually interrupting his flow.

Brick took this very much in his stride, proving to be not only highly knowledgeable about his subject (Country Music), but a very personable and easy-going chappy too. My misgivings about my lack of knowledge in his area of expertise distilled and disappeared within the first few minutes and listening to him talk about famous artistes (mostly American)  music was actually extremely interesting and I came away at the end of the hour far more knowledgeable and enthused about a genre of music that I thought 'old hat', than I would have thought possible.

I asked him the difference between the labels 'Country' and 'Western' for which he had a lovely and for me, quite surprising.answer. But don't ask him what 'Country' music is exactly... you will be there arguing this point for hours. Better to ask him, what it isn't. And why is it still considered the preserve of the white male?? There are very few current female country stars (despite there being plenty back in the good ol' days!) and even fewer black country singers.

For him, real Country music, the music that came out of the folk music of those immigrants moving over to America, especially the Irish, is how it all started - but - and he has a very valid point here - the Country music that we all subconsciously would acknowledge and recognise as such, is actually a manufactured and produced sound in order for the record companies to make money!.. and yes, of course you need to wear the cowboy boots, boot-lace ties and stetsons too!!

Nowadays there is a lot of cross-over of styles and genres and even the big pop artistes like Justin Bieber, Whitney Houston, to name but two, along with the likes of The Beatles, have all used country music in their repertoires to astounding effect (they just don't market it as 'country!)

To be honest, the hour sped by so quickly, and listening to Brick was a breath of fresh air. He even treated me to one of his own compositions. I could have stayed much longer and continued the conversation.

Well, he's taking his show to Edinburgh now, and so I can only hope he has more in the audience there than a couple of stuffed fish, the G M Fringe Bee, and me!