Manchester's premier theatre venues announce a season of theatre for everyone! 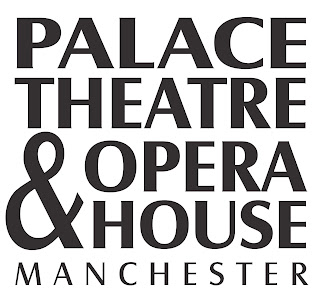 The Palace Theatre and Opera House, Manchester has announced its new jam-packed season of theatre productions with the publication of its brand new brochure. The What’s On Guide for August-November 2018 also introduces Price Promise tickets, giving access to the very best of UK theatre from as little as £13.*

Offering a diverse range of shows from brand new musicals through to ballet and thought-provoking drama, there’s theatre for everyone to enjoy in Manchester from now until the Autumn and beyond. Here are just some of the theatrical treats in store for audiences this season.

Sweeping audiences off their feet, An Officer and a Gentleman arrives onto the Opera House stage from 13-18 August for one-week only. Based on a true story and following on from the Oscar-winning film, this brand new musical brings a feel-good 80’s soundtrack that is sure to lift you up this summer.

Over at the Palace Theatre, family audiences can enjoy some school holiday fun with Madagascar The Musical, starring X-Factor’s Matt Terry showing from 14-18 August. This crack-a-lackin show from Dreamworks is based on the animated motion picture and follows Alex the Lion, Marty the Zebra, Melman the Giraffe, Gloria the hip hip Hippo and those hilarious, plotting penguins as they escape from New York’s Central Zoo and make an unexpected journey to Madagascar.

September sees the hugely-anticipated arrival of the Royal Shakespeare Company’s Matilda The Musical at the Palace Theatre from 18 September-24 November. Based on the beloved book by the incomparable Roald Dahl and with original songs from Tim Minchin, this award-winning musical visits Manchester as part of its first tour across the UK and Ireland.

Rocking its way into the Opera House from 25-29 September Rock of Ages is an L.A love story lavished with over 25 rock anthems including The Final Countdown and Don’t Stop Believin’to bring a night of outrageous rock n roll debauchery!

October sees the arrival of English National Ballet’s Manon to thrill ballet fans with its lusty tale of doomed love. Kenneth MacMillan’s masterpiece is a full-blooded ballet of love, luxury and passion with a haunting theatrical score by Jules Massenet offering a fiery mix of gambling, greed and glamour. This exquisite ballet is showing at the Opera House from 17-20 October.

Let it Be brings the iconic music of The Beatles direct from the West End to the Opera House on 22-27 October and with it a spectacular new concert featuring 40 of The Beatles’ greatest hits including Hey Jude and Yesterday.

Winner of every major Best Musical award including the Olivier award for Best New Musical, Kinky Boots struts and high kicks into the Opera House Manchester from 12 November-1 December with songs by Grammy® and Tony® winning pop icon Cyndi Lauper. This joyous musical celebration is about the friendships we discover, and the belief that you can change the world when you change your mind.

For the festive season, West End and Broadway musical phenomenal Wicked flies back to Manchester to cast its spell at the Palace Theatre for a final time from 4 December-5 January. Over at the Opera House, Cinderella offers the ultimate family pantomime for the festive season, with Coronation Street bad boys Connor McIntyre and Les Dennis swapping the cobbles for their clutch bags as the Ugly Sisters and Gareth Gates appearing as Prince Charming from 8-30 December.

To view a digital copy of the brochure, please visit: https://issuu.com/akauk/docs/manchester_whatsonguide_august-nove?e=29040502/62929624

*Price promise tickets are limited and sold on a first-come first-come basis.