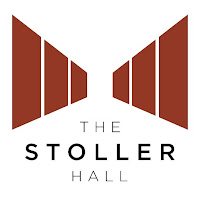 • The concert will mark the third birthday of The Stoller Hall, in Manchester
• Live stream event will showcase some of the best classical music performed in the north of England in recent years
• Manchester Collective, Manchester Camerata, Northern Chamber Orchestra and Chetham’s Symphony Orchestra star alongside global artists such as Soweto Gospel Choir
• Online event brings multiple world-class orchestras together into one concert
• Event will be hosted by BBC Radio 3 presenter – and The Stoller Hall’s artistic director – Tom Redmond
• Specially created concert will be free to all, streaming for the first time at 7pm on Tuesday 5 May 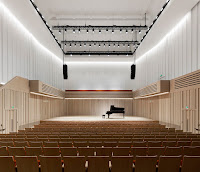 Manchester’s The Stoller Hall, like music venues nationwide, is empty during lockdown, but a new virtual concert, specially created for The Stoller Hall, will unveil a new collaboration between the north of England’s best classical orchestras.

Some of the north of England’s most high profile orchestras and classical musicians will star in a specially created virtual concert, streaming for the first time on Tuesday 5 May.

The online event will mark the third birthday of The Stoller Hall, in Manchester.

The Stoller Hall opened in April 2017, and has been hailed by critics as the UK’s best music venue, acoustically, for classical chamber music.

Currently closed as a result of the coronavirus lockdown, The Stoller Hall will mark its anniversary with the free online concert, hosted by BBC Radio 3 presenter and The Stoller Hall’s artistic director, Tom Redmond.

The concert will feature some of the best classical music created in the north in recent years, alongside performances from global artists such as Soweto Gospel Choir, who are due to appear at The Stoller Hall after the current lockdown.

Manchester Collective’s unique performance of Messiaen's Quartet for The End of Time at The Stoller Hall is among the highlights, alongside a section of Manchester Camerata’s stunning Mozart series.

Celebrating The Stoller Hall’s links to Chetham’s School of Music, the concert includes Chetham’s Symphony Orchestra’s performance of Tchaikovsky’s Romeo and Juliet Fantasy Overture, conducted by Franz Krager in February 2019, the last major orchestral performance at the hall before lockdown.

The concert includes some of the best performances ever staged in The Stoller Hall, alongside new interview footage with musicians who have played there.

Specially recorded conversations with artists, such as Manchester Collective’s Adam Szabo, are aired for the first time, revealing an insight into the full live music experience at The Stoller Hall, while the acousticians who helped create the venue reflect on its design.

Tom Redmond, Artistic Director at The Stoller Hall, said:
“This new form of concert is something that just wouldn’t be possible in real life. Some of the very best classical performers – and performances – we have seen in the north of England in recent times, all brought together in one concert.
“The lockdown has changed our way of life like never before. We all miss our shared experiences. There is nothing quite like live music, up close.
“But we have seen incredible innovation from the musical community too. Musicians are coming together, collaborating remotely, and reaching out to audiences like never before.
“Music lives on in our hearts. Now it will ring out in our living rooms too.”

The concert will be streamed on The Stoller Hall’s YouTube channel and Facebook page, at 7pm on Tuesday 5 May.