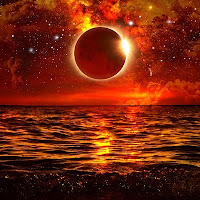 Philip Ridley's third world premiere monologue was streamed live this evening, and is available to watch on the wearetramp.com website. This short 5 minute offering by Ridley was titled 'Chihuahua', and was read by another actor who should have been appearing in 'The Beast Of Blue Yonder' at Southwark Playhouse right now.

Again with use of extreme close-ups and an air of confidentiality (this time reinforced by the use of headphones), director Wiebke Green brought her experise to bear allowing actor Charlie Quirke to bring us into his (and Ridley's) dark world.

I won't spoil the story - it's 5 minutes long - and it is dark humour, but instantly relatable. The first of the three which was grounded more in reality - or should I say grounded more in the now, and is a story which COULD happen.. and not, like the other two monologues have so far been, allegorical or fantastical.

Quirke had an excellent manner and was very easy to watch. Such a shame really that Ridley only gave him 5 minutes!