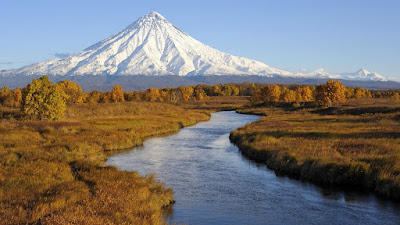 Russian composer Vasily Kalinnikov wrote this, his first symphony whilst on holiday in the resort town of Yalta in the years 1894/5, and the work was premiered in Kiev in 1897. The work firmly belongs to both the branch of the Romantic movement that still clung dearly to earlier classical rules and to the proud, nationlist music sweeping through the then Russian Empire of the time.

The first movement is rousing and patriotic in flavour (allegro moderato). The Classical style is evident in both its traditional 4 movements but also here in its melodic and harmonic structure, but is a proud and life-affirming opening to the symphony which feels hugely Russian in a way that much of the Late Romantic Russian music does. The second movement (andante commodamente) starts with a striking siren call accompanied by a languid cor anglais solo. It's a rather unique piece of writing, and listening to it here, the quasi-alberti-bass style of the siren seems to be given precedence over the melody - odd. However, the movement's theme is brought in not before time on the oboe. It is a variation of a Russian lullaby. This theme is then mutated and augmented into sweeping Romantic phrases before the return of this strange high-pitched siren once again before the movement ends.

The third movement (allegro non troppo: scherzo) is a joke (Scherzo), and is full of joyful Russian folk dance music. A gentle and lyrical woodwind section in the middle of this movement offers respite but still bases the melodies on traditional Russian music. The final movement returns to the first movement not only in dynamic marking (allegro moderato) but also by repeating the first movement's main theme. Although here it is extemporised and new melodies are built from it, as the work builds inexorably towards the triumphal and pompous ending in true nationalistic Russian style.