NEWS: London-based singer Francesca Louise announces release of new single "Out Of Sight (Out Of Mind)" 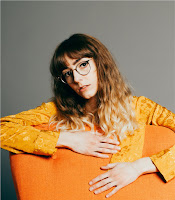 Francesca Louise is a London based singer-songwriter originally from the North West of England. Combining stunning folk/pop songwriting, sparkling with Joni Mitchell influence and Carol King inspired vocals which tell a thousand secrets, Louise’s sound reaps authenticity and pure honesty. Bleeding with meditative melodies opening a door to escapism, her music acts as a melancholic medicine to people's lives.
Inspired by the likes of Billie Marten and Lucy Rose, as well as Fleetwood Mac and strong piano players such as Tom Odell and Rae Morris, Louise’s music channels emotion and intimacy through her use of conversational instrumentation and poignant lyricism.
Louise’s upcoming debut EP entitled Melancholic Antidote is a collection of personal experiences, life lessons, emotions and growth. Detailing topics such as love, career, family, goals and themes which resonate with the general listener on a more personal, intimate level, with the hope to create music which is of comfort, enjoyment and reassurance. The songwriter confides, “Music is a powerful tool, it is antidotal, it is motivation, it is therapy, it is home for so many people. I think that my responsibility as a singer-songwriter is to create something that people can listen to and feel at home with.”
Leading single “Out of Sight (Out of Mind)” is Louise’s most exposing song. Straight to the point, the song sings about becoming dependent on love and the denial of feelings due to the fear of vulnerability and potential heart-break. It touches on insecurities of giving your heart to someone else and the risks and dangers that are involved in being transparent with your feelings for another person. “It is a constant battle - head vs heart kind of song”, shares Louise. Featuring simple guitar melodies, warm vocals and gentle instrumentation, “Out of Sight (Out of Mind)” glistens with sincerity.
“Ride the Waters” is a self-empowerment folk/pop track based on how one can be self-dependent and find success on their own. Louise explains, “So many young girls feel that they need someone beside them to be able to progress and find success in their lives, but this song suggests the opposite. It is an encouraging anthem for independent and powerful young women.” The empowering song highlights upbeat percussion, fun, colloquial lyrics and animated guitar melodies.
Louise has seen success having supported the likes of Nashville based indie folk-rock duo The Harmaleighs, brit-pop band Echobelly at St Pancras Old Church in London and Juanita Stein, the former singer of Howling Bells. With radio plays and live sessions with BBC Introducing and independent radios alike, as well as taking festival slots in 2020, Francesca Louise is making her way up the musical ladder and is showcasing her capabilities across the UK.
Listen to her new single here: https://soundcloud.com/francescalouisemusic/out-of-sight-out-of-mind-1
https://www.francescalouisemusic.com/
https://www.facebook.com/francescalouisemusic
https://www.instagram.com/francesca.louise.music/
https://twitter.com/FLouiseMusic