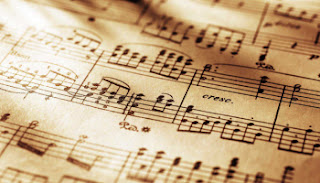 YouTube is certainly helping me find many lost and unknown gems of classical music at the moment. Their latest recommendation for me was Hanns Wiolf's Piano Concerto. From the opening striking atypical solo woodwind passage right to the Hollywood Grand finale, this 36 minute piece had me hooked.

Written in 1929, this music was vastly out of date and favour even then, as the style belongs to earlier few decades, say the 1880s. Romantic music had completely fallen off its pedestal after the First World War, and this music is utterly uber-late-Romantic. But taking into account when it was written I think one must classify it as Post Romantic.

I recently listened to and reviewed The Romantic Paino Concerto by Joseph Marx, and much of what I wrote there about that work, holds true here too, although hre the melodies are more defined / discernible. However in the second movement of this concerto there is a very discordant funfair style motif with jagged repeated notes jarring the senses. This perhaps is a product of 1929, as it certainly is much more 20th century in style and more forward thinking that the majority of the music.

Wolf was born in Bamberg, Germany in 1894 and died in the Bavarian border town of Fuessen in 1968. Sadly most of his works were lost / destroyed towards the end of WW2. This is one of very few extant pieces by Wolf. In this recording The Philharmonic Orchestra "Moldova" of Iasi, Romania is conducted by Sebastien Rouland and the pianist is Dana Borsan.