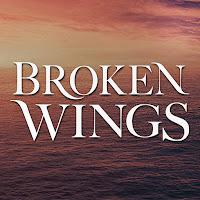 FOLLOWING ITS THEATRE ROYAL HAYMARKET DEBUT AND RECENT PERFORMANCES AT THE OTHER PALACE, CASTING IS ANNOUNCED FOR THE INTERNATIONAL PREMIERE OF NEW MUSICAL BROKEN WINGS. 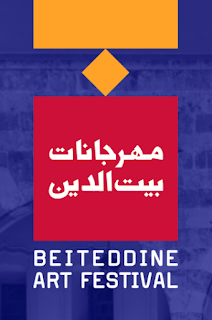 Based on the 1912 novel by the iconic Kahlil Gibran, Broken Wings is written by Nadim Naaman (The Phantom of The Opera, Sweeney Todd) and Dana Al Fardan, one of The Middle East’s foremost contemporary composers. The show now travels to the most ﬁtting of venues - the prestigious Beiteddine Arts Festival in Lebanon, homeland to both Gibran himself and co-writer Nadim Naaman. Further international dates are to be announced soon. The Beiteddine Festival, celebrating its 35th Anniversary, is one of the leading Arts festivals in The Middle East. It takes place within the grounds of the magniﬁcent 19th Century Beiteddine Palace, a hotspot for tourists in The Chouf Mountains, less than an hour’s drive from Beirut. Previous musicals to play Beiteddine include Notre Dame de Paris, Cats and West Side Story, as well as recent headline performances from Seal, Elton John, Joss Stone, Jose Carreras, Il Divo and Ute Lemper.

The Company is led by co-writer Nadim Naaman as Gibran, Nikita Johal (Spring Awakening) as Selma and Benjamin Purkiss (Bat Out of Hell) as Gibran’s teenage-self. The Cast is completed by Adam Linstead (Fiddler on The Roof) as Farris, Soophia Foroughi (Spamalot) as Mother, Nadeem Crowe (School of Rock) as Karim, Karl Seth (Bend it Like Beckham) as Bishop Bulos Galib, Sami Lamine (Laila: The Musical) as Mansour Bey Galib, Bethany Weaver  (Oklahoma!) as Leila, Robert Hannouch (Don’t Look Away) as Ensemble, Jake Stewart as Dance Captain/ Ensemble and Hannah Qureshi as Ensemble. Produced by Ali Matar (AM Management and Productions), Broken Wings is Directed by Bronagh Lagan and features Orchestrations and Musical Direction by Joe Davison. 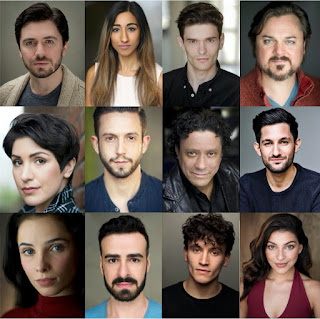 SYNOPSIS:
New York City, 1923. An ageing Kahlil Gibran narrates from his cold studio. Through poetry and music, he transports us back two decades to turn-of-the-century Beirut, where he falls deeply in love with Selma; the daughter of family friend and hugely respected local businessman, Farris Karamy. However, Selma soon becomes betrothed to Mansour, nephew of the powerful Bishop Bulos Galib, who has one eye on the Karamy’s fortune. Gibran and Selma ﬁght to reconcile their love for one another, whilst navigating the traditions and expectations that society lays before them.

Writer Kahlil Gibran, whose seminal work The Prophet was an international best-seller, remains the third best-selling poet of all time, behind Shakespeare and Lao-Zu. What inspired him to write? And what moved him to such profound philosophy in his later life? The events in Broken Wings highlight key social issues of the time: the ﬁght for gender equality, the freedom to love who we love, tradition versus modernity, wealth versus happiness, immigration and the importance of ‘home’. Yet these themes are increasingly relevant today, over a century later.

Nadim Naaman says: “We have never stopped working to reﬁne and improve this material. Now we are ready to take Broken Wings to the people who care for Gibran more than anyone - the Lebanese. I’m especially proud because of my Lebanese heritage, and what this project means to fans of both Gibran and theatre in the Middle East as a whole.” Dana Al Fardan says: “After the work we have done in London, the show’s creative home, it will be a huge moment for us, to take Gibran back to his homeland this summer, and to the people who know him best

The Original Concept Album of Broken Wings was released by Auburn Jam Music in 2018, and is available on iTunes, Spotify, Amazon MP3, Google Play and most digital music platforms. CDs and Vocal Selections (in downloadable PDF format) are available via auburnjam.co.uk

The ofﬁcial Music Video of ‘Selma’ was shot on location in The Cedars of Lebanon, minutes from Gibran’s birthplace, and features the writers Naaman and Al Fardan: https://www.youtube.com/ watch?v=kezOpASNzxg