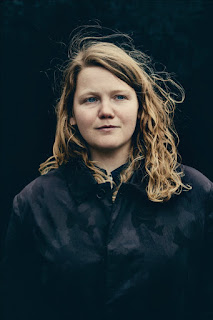 I had never heard of Kate Tempest until a press release for her latest album, 'The Book Of Traps And Lessons' landed in my inbox, and so I thought I'd take a wee listen. I suppose I would best describe her as a performance poet. There is an intriguing mix of genres, with the over-riding context being the words. Part song, part rap, part declaration, 'Firesmoke' is a very lyrical and moving piece of writing.

Listening to the lyrics of this poem, for indeed, that is what it is, it is easy to just simply pass it off as 'just another love poem', but there are a couple of things in there which make it stand out - at least for me. First, there is a lovely use of language with phrases such as "the whole world is just ripples in the middle distance". Phrases such as these along with the rapid juxtaposition between cosy and nightmarish images - "The night is teeth and pistons // and there is something in this tenderness that makes me want to live" - that make her poetry very intersting to listen to. The second thing is that it isn't until the third verse that Tempest makes it personal and brings in familiar local refernces. In the first two verses it could be an Ancient Greek ode but suddenly in the final verse she speaks of trains and Lewisham. From the more abstract concept of romance, comes a far more personal insight - and it is the same.

The poem is delivered to a backing of quite mellow and easy-on-the-ear modern music, almost as if the music were a heartbeat or a throbbing pulse of desire. Sometimes Tempest just speaks the words, allowing them to convey meaning in their own space, and othertimes she makes them more musical by almost rapping them in time with the music, driving the narrative forward.

Her album, 'The Book Of Traps And Lessons' is out now, and I am keen to listen to more of it. She will also be embarking on a large UK tour starting in October.....


A Youtube link to her single 'Firesmoke' is here - https://www.youtube.com/watch?v=pwMtfS0Tqr8