NEWS: The Music That Made Manchester is baroque! 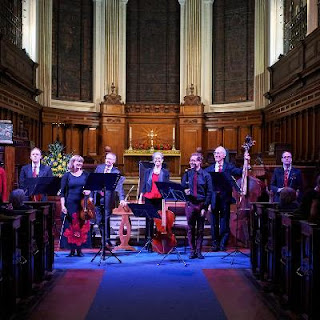 Saturday November 2nd 2019, will be 275 years to the day since the first ever documented concert of classical music in Manchester. To mark the occasion Manchester Baroque will recreate this concert from 1744 in its entirety at St. Ann’s Church, in the first of five concerts in the inaugural season which will run from November 2019 to July 2020. November 2nd will be the first of sixteen Manchester Musick concerts over the coming years which will recreate the 1744/5 concert series in full. The second concert this season, on Saturday November 30th at Manchester Cathedral, to mark the beginning of advent the following day, will be a performance of Handel’s oratorio Messiah in partnership with the Manchester Cathedral Choir. The Conductor will be Christopher Stokes, with Manchester Baroque led by Pauline Nobes. The soloists are Phillipa Hyde (Soprano), Joyce Tindsley (Contralto), Alex Banfield (Tenor) and Terence Ayebare (Bass). On Saturday March 7th, at St Ann’s Church Concertos from Many Nations will celebrate the European Concerto in its different forms including Bach’s third Brandenburg Concerto. A Chamber Concert Intimate Notes will take place at St Ann’s on Saturday May 2nd. The final concert, Spanning the Channel, also at St. Ann’s is on Saturday July 18th which will take a broader view of Baroque musical forms.

Manchester Baroque is a new musical group for Manchester dedicated to playing the music of the seventeenth and eighteenth centuries on original instruments.

Visit the website www.manchesterbaroque.co.uk to learn more about Manchester Baroque, the season programme and the groundbreaking research being undertaken by Artistic Director, Pauline Nobes on Manchester Musick’s 1744/5.