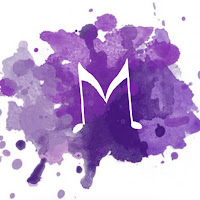 The first full concert this academic year from the Manchester University Symphony Orchestra, and, boy oh boy, did they put on a show! Three pieces in the programme this evening, and with each piece they just got better and better.

Their opening piece was a little inauspicious, and I was also not aware it had started until it had; the lights in the auditorium had not been sufficiently dimmed and there was no conductor, and so the start took me, and several others, by surprise. That however, was not the only 'surprising' thing about this piece. A contemporary rule-bending composition from Simon Hellewell - currently studying for his PhD in Composition at the university - called 'Parabolae', it required most of the orchestra members to play tiny gongs or cymbals at various points throughout, besides playing their own instruments. There was no percussion section though, so all the percussive sounds were played by other players. Being able to see the sheet music on the violinists' music stands, I could also tell that the score had been printed in the form of a parabola. A curiosity piece at best, but for me, without any real substance and I found it impossible to enjoy. For me it was a little like a classroom exercise to illustrate some point of his musical learning, rather than a piece of music for an audience to listen to. Perhaps I simply didn't 'get' or 'understand' the piece; but surely the whole point of music should be its accessability?

Thankfully the piece was not too long and we were soon on terra firma with music with which one was able to relate. This was Prokofiev's rarely performed 5th piano concerto. Prokofiev, like many others of his generation, took their musical influences from all over; they looked backwards to the Romantic and Classical periods and forwards to the jazz and new wave; even, as was very much the case with Prokofiev and evidenced in this work, to influences such as military music, folk music, Jewish music and nursery rhymes.  The piano concerto is not very long as concertos go, and yet it is given 5 movements (the standrad being 3). Perhaps the reason for this was that it was originally not going to be a piano concerto at all, but a piece of concert music for piano and orchestra, thus giving the orchestra equal status with the piano. In Classical style concertos the solo instrument was always paramount to the orchestra. The whole piece is jocular and light-hearted; even the more gentle and reflective larghetto of the 4th movement, you still have the distinct feeling that Prokofiev is somehow sticking two fingers up at the stablishment, or even the audience for having the audacity to like it; or even the critics who dared to try and analyse it and pigeon-hole it! The solo piano today was played by current student, Max Bilbe. Technically the playing was superb, I had the wonderful vantage point in the audience of being able to see his finger-work which was exemplary. The passion and the pathos he put into the piece was noteworthy; however, for me there was just a lack of lightness, a lacking of joviality. Many moons ago when I took piano lessons my teacher always told me that if I wanted the piece to dance, I had to think about dancing; if I wanted to the piece to laugh, then think of a joke and laugh along with the music. It was great advice, and I don't think Bilbe was laughing at all through any of the piece, and thus it became a little too staid, a little too mechanical. This is just a personal preference and interpretation. That notwithstanding it was a highly creditable interpretation and I enjoyed listening to the piece immensely.

After the interval, and to the favourite piece of the evening; quite the showstopper! The Symphonic Dances (op 45) by Rachmaninov. There isn't really much to say about this piece except that it was perfect and magical. I have never heard the MUMS orchestra play better! The dances were composed whilst Rachmaninov was living in America in 1940, and they were to be his last composition. Critics have often mused whether or not Rachmaninov himself knew it would be his last work, since he makes subtle (and some not so subtle) references to many of his earlier compositions (none by direct quotation) throughout. Whatever the case, these are exuberant and life-affirming pieces and played by a larger than usual symphony orchestra; and whether Rachmaninov liked it or not, they are still very Russian in their soundscape and structure. Even the second movement, a more gentle and lyrical waltz (.. it wasn't just the Austrians who were capable of a good waltz tune!!) sounds very Russian, even if you didn't know who composed it.

The first piece this evening was conducted in rehearsals by orchestra member Dexter Drown. The first movement of the Symphonic Dances was conducted by student conductor James Gillett, who was extremely watchable and exerted a lovely control over the piece, interpreting it superbly. The other pieces in this evening's concert were conducted by conducting tutor at the University of Huddersfield and regular conductor at MUMS, Robert Guy. In contrast to Gillett's whole body commanding approach, Guy's conducting is gentle and unassuming, and yet totally in control. Neither style better than the other, just interesting to note and see how the orchestra responds to these differing techniques.

All in all, a wonderful evening's entertainment listening to some beautiful Russian music played by the talented (MUMS) Manchester University Music Society Symphony Orchestra. Bravissimi tutti!