An event this evening at The International Anthony Burgess Foundation which formed part of the annual Manchester Literature Festival saw two up-coming poets chat a little about their debut published works and recite poems from their new books.

Raymond Antrobus and Jay Bernard come from different backgrounds and have approached poetry from very different angles, and yet I can understand why the organisers of the festival felt it would be good to pair these two poets for the evening. Despite their differences, their poetry was surprisingly similar in content, passion and gravitas. Both poets have been the recipients of various awards including The Ted Hughes Award. 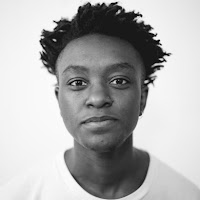 First to take the stand was young Londoner Jay Bernard, talking about an event which happened long before Bernard's birth and something of which I had never heard; The New Cross House Fire in London in 1981 which killed 13 young people aged between 14 and 22. This was an event that had obviously touched Bernard, who spoke about how both this and the more recent Grenfell Tower disaster have impacted on those these occurances have left behind. Bernard's new book, Surge, tackles these issues and other personal emotions towards them as well as the greater emotions of grace, power, love, understanding, identity etc. Bernard read several of the works from this book including one which was sung in a Jamaican (?) patois. 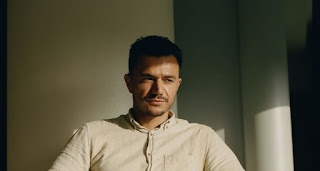 Following him came Raymond Antrobus, a hard-of-hearing poet who is passionate about challenging those who see deafness as a disability and setback. Deaf people, he says, are not without language, it is just that their language is more immediate, in the present, of the moment. Stop judging us on what we can't say, and instead judge us on what we can! 'The Perseverance', both the title of his debut collection, and the name of the pub he was left outside frequently as a child whilst his dad went inside, is a very apt title for his style and way of thinking. His anecdotes were well chosen, pertinent and hit home, and his speech as well as his poems used dark humour to excellent effect. I especially liked the anecdote and the subsequent poem about the US sign language for 'alive' looking like two guns pointing upwards. An extremely passionate and intelligent speaker both with and without his poetry.

I would also like to credit the man who spent the entire time interpreting everything in BSL (Karl). How he managed to keep up the way he did, goodness knows... fascinating to watch.