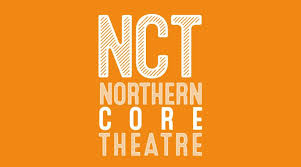 Lunchtime on Tuesdays - an hour long programme hosted and DJ'd by professional magician Carl Royle, is a programme dedicated to local events in and around the city of Salford with an emphasis on community.

This Tuesday it was the turn of Northern Core Theatre Company to join Royle as hos guests and chat about their work in Greater Manchester. Royle's chatty and down-to-earth style makes it an easy listen and he seemed genuinely interested in the subject and the people he was chatting with.

Northern Core Theatre is joint owned by actress Anna Swan and writer / director James Ernest, and they have already performed one original piece of theatre in Salford last year. A play at The King's Arms pub theatre called Oct.O.Pus, which was described as a cross between 'Black Mirror' and Northern Gritty Drama.

Royle mentioned that he seen this play with his daughter and that the one thing that impressed him the most was that the cast took the time to come round to the audience in the bar afterwards and Swan spent a long time chatting to his daughter. "A lovely human touch".

Northern Core Theatre are on the look-out for a producer who would be interested in taking this play further, either on a UK tour or an extended run.  In the meantime, Ernest is already busy working on a new play, titled Pluviophile, about a family who don't allow their children out of the house. Again a dark and rather twisted tale by all accounts.

Northern Core Theatre also run drama workshops for children in Poynton, and currently cater for the 7 - 11 age group. However they are wanting to expand by opening the age ranges in their Poynton studio, but also to open more workshops in other areas too, perhaps even starting a group for those who wish to make a profession out of acting.

Royle chatted to both Swan and Ernest about their own careers and background and played a few up-beat tunes during the hour - which went very quickly. The message of the programme quite clearly was trying to engage young people from the community to get out of the house and get away from the computer / TV screen and play and interact together. Northern Core's mantra is Theatre For All, enabling in the community. 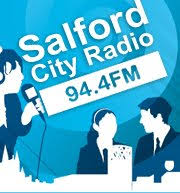