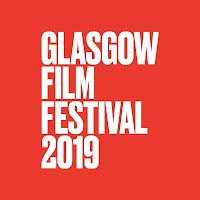 Glasgow’s annual, vibrant film festival is celebrating its 15th anniversary. From Wednesday 20th February to Sunday 3rd March, Glasgow will be flooded with 337 screenings, talks and events from 54 countries around the world.

“The movies are one of the few things that bring us altogether”, co-directors Allan Hunter and Allison Gardner write in the opening paragraph of the festival’s programme, who, with the GFF19 team, have ensured that this year’s festival will maintain an inclusive environment and encourage diversity, providing a welcoming and inspiring place for all.

At the launch of GFF19, Allan Hunter said “We love to spoil you!” and his words reflect the festival’s content and ethos which promises to take care of everyone’s taste and needs. Spread throughout accessible venues across Glasgow and pop-up cinemas, movie-lovers can immerse themselves in a rich, diverse and experiential cinematic experience.

Amongst a wide range of screenings at the Glasgow Film Theatre, are a selection of free morning classics from 1969; a revolutionary year for Hollywood with productions reflecting the turbulent socio-politics of that time. Similarly, a lot of films in this year’s programme, are focused around people’s yearning for family, safety and community. “Given what is going on in the country” said Allan Hunter “that seems entirely appropriate”.

Introducing the 'Behind The Scenes' programme, a series of free, daily talks for young people and those taking their first steps in the film industry, Allison Gardner said “It is really important that we include our young people in the film festival”. Taking place at the Centre For Contemporary Arts, one of the festival’s partner venues, 'Behind The Scenes' talks offer an invaluable opportunity for curious young filmmakers to engage with industry professionals and have a peek into the techniques used to produce what we see on the big screen.

The festival’s commitment of providing space and support to local cinematic voices can be seen in Local Heroes; a showcase of the work of local filmmakers promising to inspire and dazzle us with the possibilities that exist in our neighbourhood, through an eclectic expression of individual passions.

It is also worth mentioning that for this year’s prestigious Audience Award, six out of the ten nominees are new features directed by female filmmakers.

Tickets for the full programme are now on sale for GFF members, and will go general sale on Monday 28th January at 10am.  glasgowfilm.org/festival