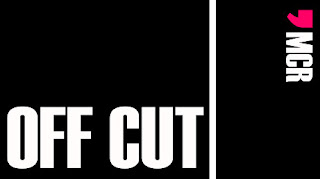 OFFCUT MCR is a fantastic start to what I hope will be a continuing feature of the Manchester theatre scene. The Off Cut Festival was originally based in London and for five years was a fantastic platform for discovering new writing, acting and directing talent. It now finds itself in Manchester hosted by 53Two, who will also be providing the winner of the ‘Audience Best Play Award’ with support from their FOUNDation programme.

My companion suggested this piece would make for an excellent TIE performance about the dangers of internet grooming. And I think she’s right. The piece has a genuine resonance with real life experience and could be highly effective in this way. Much credit to Chantelle Dusette here for creating dialogue between 13 year old girls that sounded real and this undoubtedly helped Haworth and Moston deliver their easy and confident performances. These two young actresses have a lot of potential and I hope to see them again. ‘Click’ also delivers on a harrowing twist thanks to an effectively simple device. Though it would have been nice to see more of that simplicity in the whole production, as overambitious technological frills lead to a few stumbles and missed cues.

Rachel McMurray brings us a piece about living with anxiety, delivered through a series of first person monologues and amusing reenactments with the comedy assistance of Webster and de la Moitie. Despite the serious issue being dealt with here, the play resists the urge to get too bogged down in dramatic heaviness that can often border melodrama. Gemma Hepworth as Caitlin lead us through an exploration of her anxiety with a resigned smile and world-weary humour. McMurray and Beale have deftly toed a line where they never downplay the negative effects of anxiety but always kept the tone light enough that the audience could enjoy and laugh along with Caitlin.

The Fish And The Sea (Directed by Jake Pratt. Performed by Lynda Arron, Royston Mayoh and JP Smith.)

There were only two plays in the final six where I was genuinely surprised by something that happened. The Fish And The Sea was one and it was certainly the most surreal. This play by Jeff Nolan is delightfully mad, hilarious and original. Arron, Mayoh and Smith are clearly enjoying every moment of their performance and the audience was right there with them. Though due to the uproarious laughter set off by every other line, the actors did sometimes struggle to find that balance between maintaining pace and pausing for laughter, which meant a few important lines were lost in the noise.

Perfect - Okay, there was one very jarring and out of place lighting choice - but otherwise a beautifully balanced script, tight performances, natural direction and a fantastic surprise. It was also the only play that rewarded a second viewing; knowing the twist just added an extra layer of enjoyment. I was incredibly impressed by this piece and would like to see more from all of them.

This was a very sweet, charming and funny play. The staging was dynamic and occasionally a little over the top but it still never once felt forced. The script had a fantastic ebb and flow, with convincing dialogue and lot of laughs. And Giddens and Heywood had a wonderful chemistry that was very easy to watch. In fact, the whole piece was very easy to watch and enjoy.

‘Grow’ is the only play of the six that felt underdone. It had a strong and recognisable truth at its core; the grind of job searching and benefits wearing out your soul is a resonant one. Nolan and Thomason’s performances were warm and funny, and its inventive staging was used effectively. But the ending felt underdeveloped; there’s a strong emotional arc but there’s a lack of exploration that made the resolution underwhelming.

On the fourth and final evening the winners were announced!

My only gripe with an otherwise perfect system is that ‘Audience Best Play’ is not necessarily the same as ‘Best Development Potential’. ‘Granola’ for me was the most fully formed and tightly executed piece and well deserving of any award, but would not necessarily have been the best candidate for development. ‘Grow’, as I said earlier, was full of potential but underdeveloped, and so an excellent candidate for the development opportunity that comes with that award. It may well be worth considering making the development opportunity its own award. It is a very technical gripe and takes nothing away from what OFFCUT and 53Two have achieved here.