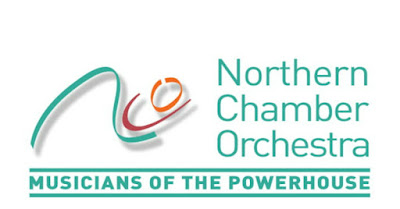 The Northern Chamber Orchestra kicked off their 2018/19 season with a wonderful programme including Mendelssohn’s Hebrides Overture, Beethoven’s 3rd Piano Concerto and Beethoven’s 3rd Symphony to an almost full Stoller Hall.

The Hebrides Overture was inspired when Mendelssohn visited the isle of Staffa in the Hebrides and indeed this very pleasing work invokes both the peace and the storm of the ocean. The NCO clearly relished playing this piece and took us on a voyage across the ocean and right in to Fingal’s Cave – the exact location that inspired it’s creation. Nevertheless I wondered if at times energy was lacking in this performance – an increased pace and dynamic contrast could have lifted it. This made me consider whether this performance could have benefited from a conductor, although for the most part it was stirring and simply beautiful.

My concerns about the lack of conductor (which I had noted to be a good thing in a previous review) were soon to be unfounded once the two mighty Beethoven pieces  - his third piano concerto and his third symphony - were performed. There is indeed something special about watching a good orchestra perform without a conductor – the interaction between musicians is evident and I suppose that the performers are more aware of each other and their need to respond to subtle hints and cues in bringing the music to life, rather than depend on someone else to tell them constantly what to do. They are much more part of the creative process and the interpretation of the piece in the moment. 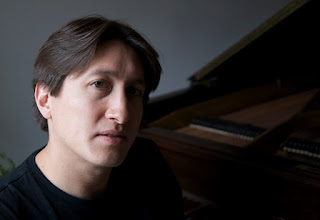 Beethoven’s Third Piano Concerto, with Freddy Kempf as soloist, was astounding. The energy and dynamic expression of both pianist and orchestra was exhilarating from start to finish. This piece shows very clearly how Beethoven straddled the Classical and Romantic periods and Kempf's interpretation balanced the technical, rigorous classical approach with a deeply expressive and meaningful interpretation. The Classical period, with Haydn and Mozart as its most important composers, was a high point in the history of western art music and it is fascinating to think that Beethoven took this highly elevated form and raised it again and again. The performance of this concerto clearly demonstrated this. Kempf interpreted Beethoven as if he knew him as a good friend, and really lived the deep emotions that this piece brings up. I am not ashamed to admit I had to wipe a tear at the start of the second movement – it was transcending and deeply touching.

The applause for Kempf and the NCO after the concerto brought him back on to stage at least three times and Kempf indulged us in an encore of a Chopin Waltz – No. 9 in A Flat – L’Adieu.  While this piece indeed has enough flourishes and runs to show off, it is also a very emotive piece and was highly appropriate after such a touching performance of the piano concerto – it continued an introspective mood and gave an insight to the inner process of a musician who, on the one hand, must be technically proficient and highly skilled, but on the other hand, must be a storyteller, and touch the hearts of the listener with emotions that may not even have a name.

It is hard to describe all of the processes that are necessary to interpret music, particularly when a large group of musicians are to perform together without a conductor. Performances should not be machine-like renditions of what is printed on a page – they should be alive and be able to change in the moment. Accuracy isn’t everything. This was clearly the case for the NCO last night – their performance was alive, it was a work of art crafted by all on stage AND it was technically stunning – accuracy serving a deeply emotive connection to the music and the audience. As in the previous NCO concert I reviewed, it was clear that the musicians thoroughly enjoyed performing these pieces and that too added to the performance, giving a humble and human dimension to an art that some people may think of as stuffy or pompous.

Beethoven’s epic third symphony – the Heroic symphony, originally inspired by Napoleon’s revolution, is full of motifs and ideas related to war, heroism, mourning and victory and a certain victory it was for the NCO with a wonderfully interpreted performance. The final movement was exhilarating and performed at a pace that really caught your breath and had your heart pulsing, yet it was beautifully controlled and no detail or fragment of melody was lost, no emotion un-played. Every word, if you like, of the narrative that this symphony contains was performed perfectly.