MUSIC REVIEW: Mozart, Made In Manchester - The Stoller Hall, Manchester. 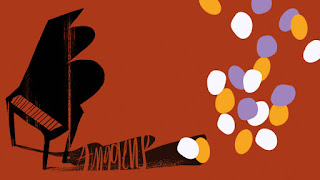 A whole evening dedicated to the music of Wolfgang Amadeus Mozart, performed by The Manchester Camerata, at The Stoller Hall, sounds like an evening of superlatives which couldn't get any better; but add to this the pianist Jean-Effiam Bavouzet playing two piano concertos, and the enigmatic condutor Gabor Takacs-Nagy, and this is a concert you are not likely to forget in a hurry.

Manchester Camerata are on a mission to perform and record all of Mozart's overtures and piano concertos, and this evening was a part of this ambitious project.

Prior to the concert both Bavouzet and Takacs-Nagy spoke to the audience about the project with particular reference to this evening's pieces. They both were highly engaged and enthusiatic, and this fervour and delight in their craft and the music bubbled over into the concert, infusing orchestra and audience alike. It was a hugely joyous occasion, with both of these world-renowned artistes having fun making music.

Takacs-Nagy also introduced the pieces as we went along, still unable to contain his excitement and enthusiasm for what he was conducting. Animated, passionate and interesting, he said that Mozart should have been on the stage; all of his music, no matter how simple, is highly theatrical, tells a story, and belongs more to the theatre than it does to the concert hall. And just as with a Shakespeare text there are hundreds of different ways to interpret the words, phrases etc, so are there hundreds of different ways to inetrpret the notes on a page of sheet music. He said that Mozart never lost 'the child' in him. He was always a child, and that is why all his music is so happy, pure and innocent. There is a playfulness in even the most sombre of Mozart's works.

Takacs-Nagy's interpretations of the works would not, I imagine, please the 'purists', as he played and experimented with dynamics, pauses, and performance styles, but the Camerata responded excellently to his highly punctilious, spirited, and unique conducting style.

For the first works, violins, violas, woodwind and brass were standing, but were later seated for the paino concertos. This was a little strange and the changing of orchestral configurations for each piece seemed to take a little too long. I feel sure there must have been an simpler and easier way of effecting these changes. It also seemed odd that the conductor chose to stand on the same level as the orchestra opting not to have the standard podium.

In the first half of the concert we heard the Overture to 'Il Re Pastore' (K208), and then the Piano Concerto no 8 (K246). The second half started with another two overtures, and despite the first one being given the title 'Sinfonie', we were told that in fact it was an overture. These were Symphony no 29 in A ((K201) and the Overture to 'Zaide' (K344). The whole concert finished with the second Piano Concerto of the evening, No 9 (K271). The entire concert was a little longer than normal, finishing around 10:00pm (2, 5 hours) but we didn't mind. The music was light, melodic, fantastic, and joyous, and made even more so by the skill, love and passion given it by Tackas-Nagy,  Bavouzet, and the Manchester Camerata.

Bazouvet's playing, especially in the second piano concerto of the evening, was really quite something. When not playing, he was almost conducting, almost singing the melody, completely animated and 'performing' the whole time. Of course, the playing was superb, but more than that, he was a very watchable pianist, even making members of the orchestra laugh and smile at his bravura style.

And now, an admission.... I do not class myself as being a particular fan of Mozart's music, and I knew only one of this evening's pieces, and even then only in passing. I have never really enjoyed the endless succession of  "too many notes" and enforced jolity that most of Mozart's oeuvre offers, and yet this evening I was listening to pieces of music which had heart, soul, and spoke in a way Mozart has never done for me before. As I said, perhaps not for the purists, but I found something in them this evening which I could relate to far more than I have done so ever before.

The extended applause said it all. Congratulations! A fabulous concert!