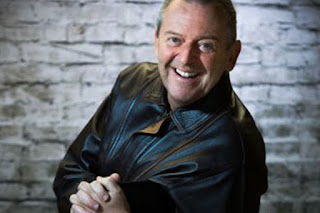 'In residence' for the whole week of Chetham's Fesival and Summer School for the Piano, composer Philip Martin is on hand to give lectures, masterclasses, and indeed, showcase his own work with two concerts given over entirely to him and his pieces. This evening I was present at the first of these two concerts. which was the fourth concert of the evening, and starting at 10pm, it was late, and most of the evening's audience had already left. I sat in the auditorium with just 30 other stalwarts, eager to hear the music of Martin.

Martin cut quite a striking dash, entering in a bright multi-coloured Hawaiian-style shirt, and was quite happy to chat excitedly about his pieces, jumping up from the piano and greeting the sudience with banter and information before each piece. Sadly, despite Martin being given a microphone, he had no idea how to hold / use one, and it became a useless prop in his hand. Again, I was unable to hear anything Martin was saying. Why would it not be possible for the pianists to wear chest mics, and have the technician turn them off when playing? It would be more interesting and far more advantageous for the audience's enjoyment of a concert if we could actually hear and understand the artistes.

Martin's compositions are rooted in classical technique but infused with jazz, some more than others, and indeed he played one short suite which was pure jazz, blues, boogie-woogie and honky-tonk! His pieces were far more accessible than I had thought they might have been, and his composing style is a base of late Classical / early Romantic layered wth modernisms on top. His final piece for this concert was a set of variations for paino on a old Irish harp melody, called 'Give Me Your Hand'. This and the Jazz Suite were the more accessible for me, but it was fascinating to hear pieces played by their composer.