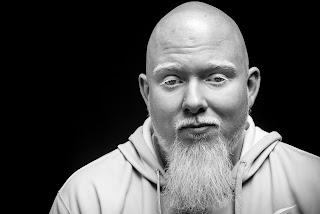 Over the past 17 years, Brother Ali has earned wide critical acclaim for his deeply personal, socially conscious and inspiring brand of Hip-Hop. Under Rhymesayers Entertainment, he’s unleashed a series of lauded projects, establishing himself as one of the most respected independent voices in music. His latest album, All the Beauty in This Whole Life, represented the newest and most refined chapter of his life’s journey. “Each of my albums are the result of the pain, growth and eventual healing that I experience," Ali said. "Articulating the pain and navigating the healing allows the people who really feel my music to travel with me. It’s not only that we hurt together, we heal together as well.”

Last year, as Brother Ali’s critically acclaimed debut album on Rhymesayers Entertainment, Shadows on the Sun, celebrated its 15th anniversary, Ali commemorated this occasion by setting out on a headlining U.S. tour where he performed the monumental album in its entirety each night.

After a highly successful run and a flood of requests, the Shadows On The Sun Anniversary Tour will now travel to Europe for a 16-date headlining jaunt hitting major cities in the United Kingdom, Germany, The Netherlands and more.